How I started in motorsport, a personal story.

When I was growing up my parents both competed in motorsport, Autotests, Autocross, Production Car Trials, stage rallying and road rallying so it was inevitable that I would want to compete.  I had an offroad gokart and our house was surrounded by miles of farm tracks.  I would record rallying on the TV and watch it until the tapes wore out and then hammer my kart up and down the tracks for hours on end fantasising about doing the ‘Monte’ or the ‘Safari’ or the ‘1000 Lakes’!

My competitive driving debut was a few weeks after my 16th birthday, there was an Autotest organised by MG car club at a cattle market in the Stirling area.  My Mum drove us through in an MG Metro and I have to say I was ‘bricking it’, I don’t think I have ever felt so self-conscious in my life.  At that time there were no junior classes, it was 16 & over in with the adults, so I was delighted at the end of the day to have finished 2nd in my class and I beat my Mum, which looking back was a pretty rotten thing to do considering she had driven me through and it was her car!

I was obviously still at school earning no money, so my father kindly bought an old Mini Clubman MOT failure for my sister and I to compete in.  I stripped out all the unnecessary trim items and painted it up in the colours of my father’s rally car and that was my first competition car.  At that time GMSC were running a ‘Summer League’ which was a championship consisting of Autotest and small farm track ‘stages’, similar to a Targa rally today, proper ‘grass roots’ entry level motorsport.  I remember a lot of dust, a lot of skidding and a lot of laughs all for a fiver a meeting!

I couldn’t afford to do any more so when I passed my driving test I did a bit of marshalling and a few autotests with my road car. I was desperate to rally and marshalling on gravel events meant I could get a wee run through the forest to my marshal point and then out again after the stage was finished, just a little bit of hooliganising was possible. 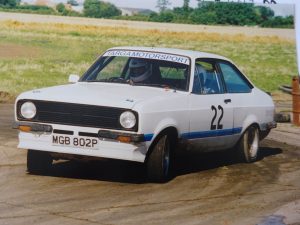 When I went to University, I was even more skint and had other things to spend my money on, but I still managed to buy a mk2 Escort and fit enough safety items on it to get a competition logbook on it and so at the youthful age of 22 I entered my first rally.  It didn’t last long as I over-revved the car on the first stage and sheared the flywheel off the crank, end of rally.  A few months later was the Kingdom stages so we entered with my Dad in the passenger seat to keep me right!  The objective was to finish so we had a restrained run round in an ‘almost RS2000 spec’ road car and despite having to cable tie and duck tape various parts together throughout the day, we managed a finish in 13th place, happy days!

Motorsport really took a back seat whilst I was studying but I did get an opportunity to co-drive for Jon Murray in his 1300 Mk2 Escort on several occasions over 1 season, which kept my interest going and helped me to learn a lot about the sport.  Once I finished Uni I moved to Northampton for a job with Cosworth. There are a huge amount of motorsport companies in that area of the Midlands and so I expected there to be several motorsport clubs to choose from, sadly there weren’t.  There were no active local clubs still organising events so a few years went by without any motorsport other than the Hiccup Autotest on Jan 2nd each year on Leven Prom!

My interest in rallying was rekindled after a conversation with Roger Duckworth at work which led to an N/A YB Cosworth engine falling into my lap and then into my old Escort.  Back in business I joined up with a local enthusiast and we contested a couple of single venue events in the Midlands, but became frustrated with the competition which at that time was GpA Cosworths and the odd GpA Impreza or Evo which would blast past us on the straights then hold us up through the corners. 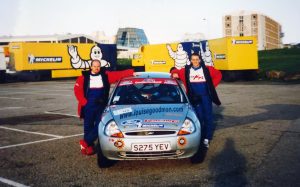 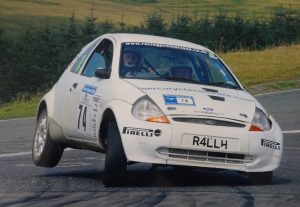 At that time Ford were running the Ka Rally Championship, this appeared to offer a level playing field, car specification was controlled and strictly policed, as were tyre choice etc so the emphasis was on driver ability rather than who had the biggest wallet.   My co-driver and I decided this was the championship for us (especially as there was prize money on offer!), I noted my interest and was invited down to Boreham for one of the introduction days.  I went down with my father and a friend from work, had the tour, inspected the cars then had an opportunity to try the ‘latest challenge spec car’ on the test track.  Naturally it was left hand drive, I went out had a blast around and was very impressed with the little car, only 85bhp but with the short gearing it felt nippy and very nimble with excellent handling.  My friend then jumped into the car and set off, we were making polite conversation with the Championship representatives when one of them started to pay particular attention to my friend who was negotiating the track at a quite an impressive pace, he came off the smooth tar and onto the loose section where he ‘lost it’ and fired the ‘latest spec’ car right into the tyre wall at about 80 MPH, Steam, glass, broken plastic and twisted panels everywhere! Whilst they were assessing the damage, we did the Michael Jackson moonwalk shuffle back to our car, hopped in and gingerly departed.

A few months later after selling everything I owned of any value and securing a hefty (by my standards) bank loan I called Ford to order the Ford KA Group A challenge build kit.  Needless to say I didn’t need any introduction when I called, they remembered me!  The kits were sold out so we missed the first round but with more on order they signed me up and loaned me a car for the second event (brave!). 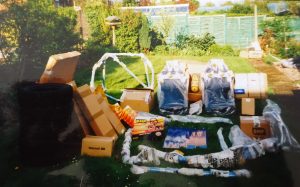 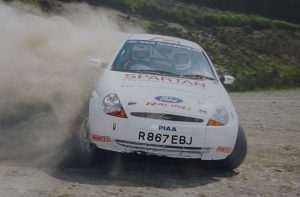 So it was my first time on gravel, left hand drive, front wheel drive, on pace notes, with an intercom and in a borrowed car and the first 2 stages were tar, at night and we only had gravel tyres……  I could write a whole story on that event alone, but the short version is; rubbish on first 2 stages, went to pub, got pissed, met some girls, went dancing, got home late, slept 2 hrs, got up early, intercom failed on 1st gravel stage, pushed on, got better, set a fastest stage time got up to 5th (out of 30), dropped into a ditch lost a load of time, recovered to finish the rally 6th equal in the Ka class.  It was a fairly respectable start and encouraged us to continue with the championship.

The time in the Ka was a roller coaster of crashes, fastest times and quite a decent amount of prize money over ’98 –’01, fierce competition and with some fantastic events taking us to Ireland, France, Belgium, Wales, Isle of Man and Scotland.  Brilliant experience and introduction to rallying but also a real eye opener in comparison of budgets, few cars were self-maintained from the side of the drivers house (like us), most were run by professional teams with seemingly limitless budgets, full time mechanics, gravel crews and endless supply of tyres (maybe not the level playing field that we naively assumed it was).  It was the first step on the rallying ladder and a couple of the competitors even made it all the way to WRC. 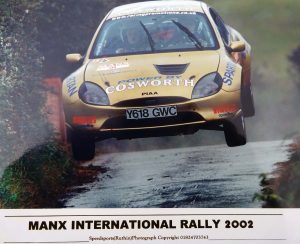 The next step after that for us was the Puma S1400 challenge, again a brilliant little car being based on the S1600 car but with a smaller engine and hopeless gearbox.  Loved the car, hated the box, had a year of nursing the car and managed 2nd place in the championship.  Prize money was even bigger meaning it wasn’t much more to run than the Ka but 1 year was enough.

From 1400’s the logical step would be to move to S1600 however we lost our main sponsor and Ford’s offer of contribution for us was significantly reduced which basically left us £125,000 short for the season!  Needless to say, that was the end of the rallying at that level for us.

Since then, it’s all been clubman rallies, cheap and cheerful in comparison and all just for fun.  Over the years we have rallied various Ford Ka’s from 1.3 to 2.0 litres, various Escort Mk2’s, Sierra Cosworth, a few Subaru Impreza’s and a Hyundai Accent WRC.  Some have been more successful than others, but all have been great fun and the hunger for the competitive stage never goes away! 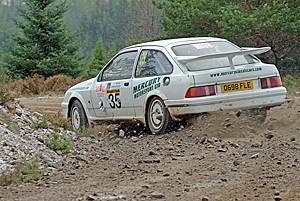 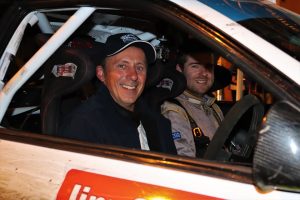 Now, 20+ years on I still compete in local events and enjoy the clubman competition and am on the Committee for GMSC helping out with the running of a few events, which is a rewarding thing to be involved with.  Hopefully I will have many more years in motorsport in one way or another.

Membership of Glenrothes Motor Sport Club for 2021 is now available - for renewals and new members alike! A standard membership of just £10, or £2 for under 18s, gets you in on all our proposed 2021 event programme, and provides you access to a range of benefits, including: 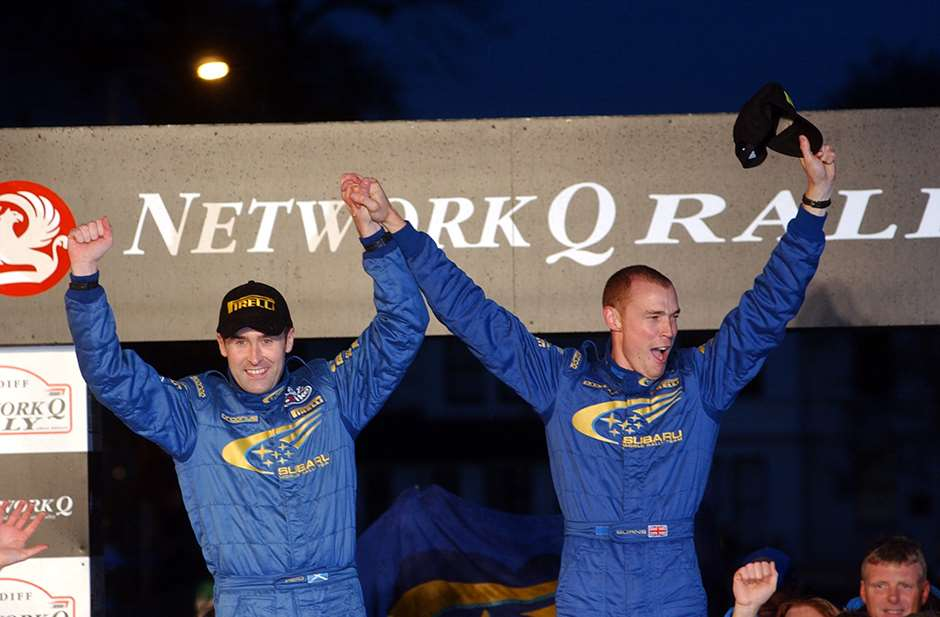 As promised, here is part 2 of our interview with the former WRC champion Robert Reid, grab another cuppa and enjoy. Keep checking out the new website for the latest… Read More 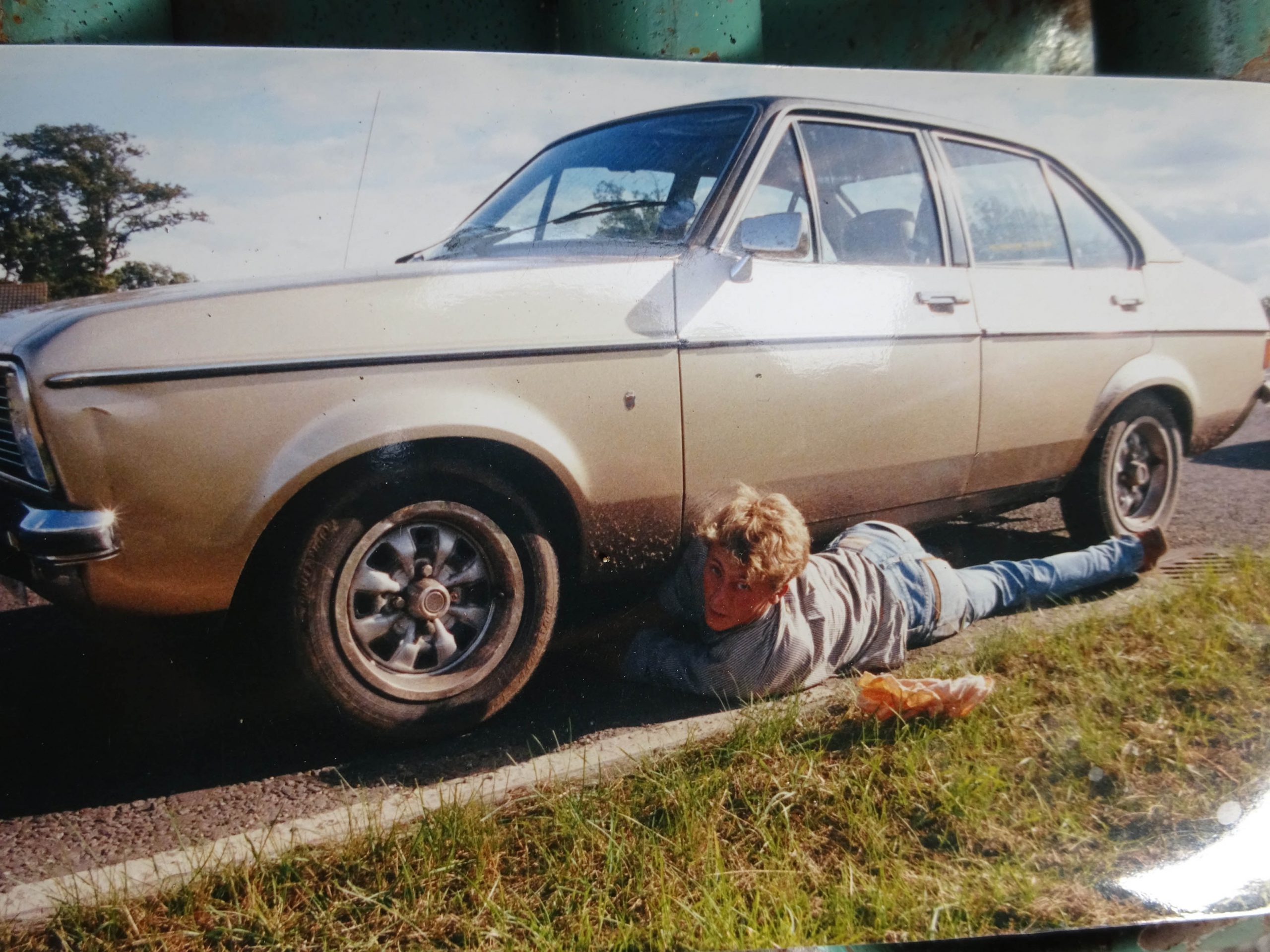