UK’S LAST ‘MONTE’ WINNER TO FLAG OFF RALLY IN PAISLEY.

UK’S LAST ‘MONTE’ WINNER TO FLAG OFF RALLY IN PAISLEY.

Motorsport legend Paddy Hopkirk will wave off the cars at the Monte Carlo Classic Rally in Paisley next Thursday (23rd), 50 years after his Monte victory made world news.

The 80 year old Irishman will be on the Start Ramp with Renfrewshire Provost Anne Hall to flag off the 70 classic cars starting out on their epic 5 day journey to Monte Carlo.

His appearance is a major coup, with his 1964 victory in a Mini, alongside co-driver Henry Liddon, being the last Monte victory by an all-British crew.

After winning that event, Hopkirk became a household name, introducing his own branded product range and becoming a global ambassador for BMW Mini.

He is delighted to be coming to Scotland for the start next Thursday evening, mindful of how the magic of the ‘Monte’ changed his life.

“When we won in 1964, it was completely unexpected,” said the octogenarian, who learned to drive on an estate in Belfast in a car left to him in a will by a local priest.

“We were competing against much more expensive cars in an untried vehicle designed ostensibly as a district nurse’s car but we had a great team.

“It was amazing really. I’ve never had to wait for a table in a restaurant since and, of course, I have followed the event very closely each year. When I was asked if I could help send the cars off in Paisley, I said I’d be more than happy to do so and I am really looking forward to it.

“This year, I will be at the start of the event and at the finish, where I will present the winner’s trophy in Monaco, on behalf of the French organisers, Automobile Club de Monaco, which is a real honour, 50 years on.”

Hopkirk previously started a Monte in Scotland, back in 1959 from Glasgow, expressing his relief at managing to leave the city without ‘hitting a tram’.

In 1964, he and Liddon left for Monte Carlo from Minsk with the temperatures at minus 39 and their famous number 37 Mini had to be towed to the start line due to the cold.

In order to keep the windscreen wash from freezing, some neat gin was added to the car’s water flask.

He is not expecting anything quite so dramatic in Paisley next Thursday evening.

“The gin worked a treat and the smell in the car was excellent, too,” he laughed.

“In those days, communications were not the same so the journalists from all over the world were awaiting news at the finish in Monte Carlo.

“Someone actually phoned me at 4 in the morning to tell me we had won. It was amazing. Who would have thought that, 50 years on, we’d still be remembering that in Paisley and Monaco.”

Preparations for the 2014 Monte Carlo Classic Rally are now reaching fever pitch, with the entries hitting 70.

Chief Organiser Douglas Anderson is honoured that Paddy Hopkirk will be there for the ceremonial start at Abbey Close.

“Generations of people knew who Paddy Hopkirk was after that 1964 victory and Paddy coming here is fantastic for the event.

“With Rosemary Smith set to drive the lead car as well, we really have two of the top names in world rallying blessing the Start from Paisley and everyone is really excited now, with just a few days to go until the cars go over the ramp.”

Renfrewshire’s Provost Anne Hall said: “It will be great to share a stage with a legendary figure like Paddy and I look forward to meeting him on the day.
“Being able to attract a showpiece day out with the prestige of the Monte Carlo Classic Rally shows that Paisley is really on the map as a venue for top-class events With a crowd of thousands expected next week, it’s going to be a great day for the whole area.” 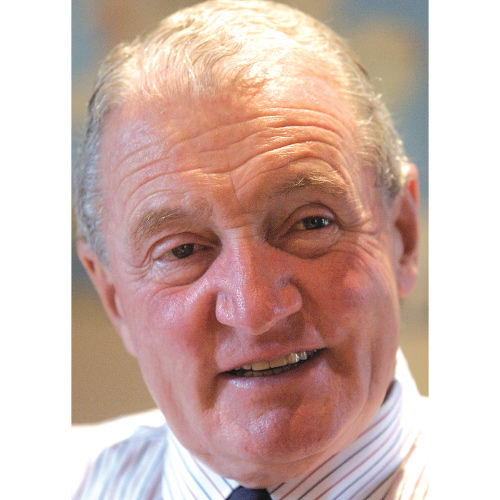